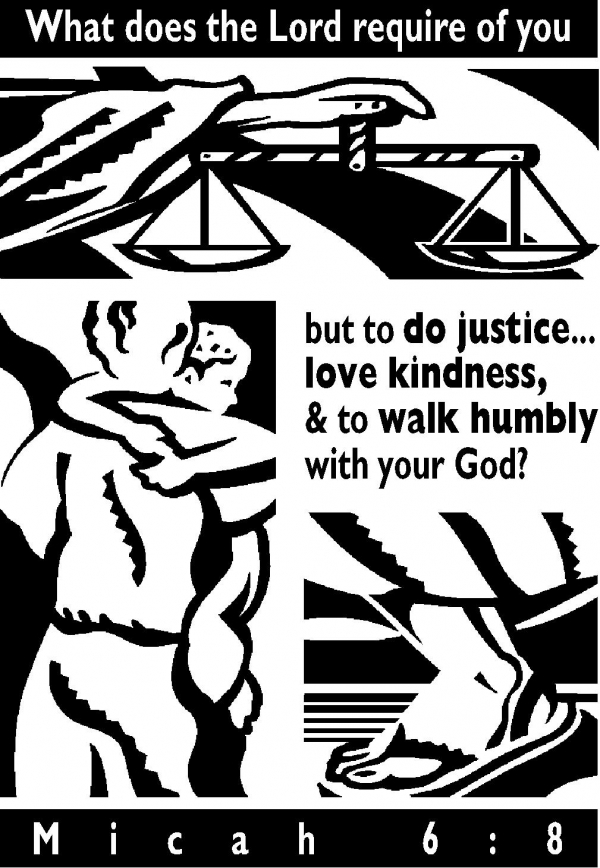 The Episcopal Church has curated a phenomenal set of resources that you can access here: https://episcopalchurch.org/responding-to-racist-violence


The Church of Heavenly Rest in NYC has made a few great resources available, including the following Google docs with curated articles, books and other recommendations:

Anti-Racism for Families of Faith

Below is some of the resources identified by Rev. Liz Williams and our parishioners, which we will continue to update!

13th (2016), directed by Ava DuVernay - Named after the 13th Amendment which abolished slavery in 1865, DuVernay’s Emmy-winning documentary follows history from slavery through to the mass incarceration of Black people in the United States. The documentary shows why many people have been calling for reform against police brutality for years.

Fruitvale Station (2013), directed by Ryan Coogler - This biographical drama stars Michael B. Jordan and tells the story of the 2009 death of Oscar Grant who was shot by a police officer called Johannes Mehserle in Oakland, California. This film won the Grand Jury Prize and the Audience Award for US dramatic film at the Sundance Film Festival in 2013.

I Am Not Your Negro (2016) directed by Raoul Peck - This Oscar-nominated documentary is based on James Baldwin’s unfinished manuscript, Remember This House. It’s narrated by Samuel L. Jackson, and explores the history of racism through civil rights leaders like Medgar Evers, Malcolm X and Martin Luther King.

Just Mercy (2019) - A powerful and thought-provoking true story, “Just Mercy” follows young lawyer Bryan Stevenson (Jordan) and his history-making battle for justice. After graduating from Harvard, Bryan had his pick of lucrative jobs. Instead, he heads to Alabama to defend those wrongly condemned or who were not afforded proper representation, with the support of local advocate Eva Ansley (Larson). One of his first, and most incendiary, cases is that of Walter McMillian (Foxx), who, in 1987, was sentenced to die for the notorious murder of an 18-year-old girl, despite a preponderance of evidence proving his innocence and the fact that the only testimony against him came from a criminal with a motive to lie. In the years that follow, Bryan becomes embroiled in a labyrinth of legal and political maneuverings and overt and unabashed racism as he fights for Walter, and others like him, with the odds—and the system—stacked against them.

When They See Us - Netflix series about the cases of the "Central Park 5" - From New York magazine: When They See Us is, in many ways, brutal viewing. Writer-director Ava DuVernay’s sweeping, four-episode depiction of what led to the wrongful 1990 conviction (and eventual exoneration in 2002) of a handful of teenage boys from Harlem — Korey Wise, Kevin Richardson, Antron McCray, Yusef Salaam, and Raymond Santana — in the violent rape and assault of 28-year-old New York banker Trisha Meili on April 19, 1989 never flinches from its truth. The assault on Meili is, at a late point in the series, graphically reenacted, and it is made clear that she was victimized in an unthinkable way. But DuVernay is just as emphatic in affirming that NYPD detectives and New York County District Attorney’s Office prosecutors framed these boys and traumatized them into false confessions, triggering prison time of varying lengths and cruelty for each of them, embedding them in our collective psyche as the Central Park Five.

Unfinished: Deep South - At the dawn of the Civil Rights era, a wealthy African American farmer and veteran named Isadore Banks was lynched on the Arkansas Delta. More than 60 years later, journalists Taylor Hom and Neil Shea join members of the Banks family on a quest to find out who killed Isadore and restore his legacy. What they find will shake a small Southern town from its silence, explore the story of African American prosperity on the Delta, and trace the roots of racial terror from Isadore’s day up through our own.

Brené Brown Podcast episode “Unlocking Us” - Brené with Ibram X. Kendi on How to Be an Antiracist

White Lies (NPR) - In 1965, Rev. James Reeb was murdered in Selma, Alabama. Three men were tried and acquitted, but no one was ever held to account. Fifty years later, two journalists from Alabama return to the city where it happened, expose the lies that kept the murder from being solved and uncover a story about guilt and memory that says as much about America today as it does about the past.

The New York Times 1619 Project (Multimedia) - "The 1619 Project is an ongoing initiative from The New York Times Magazine that began in August 2019, the 400th anniversary of the beginning of American slavery. It aims to reframe the country’s history by placing the consequences of slavery and the contributions of black Americans at the very center of our national narrative." Read more about The 1619 Project. (free registration to NYT required, but well worth it!)

White Rage: The Unspoken Truth of Our Racial Divide by Carol Anderson

From Amazon: "From the Civil War to our combustible present, acclaimed historian Carol Anderson reframes our continuing conversation about race, chronicling the powerful forces opposed to black progress in America. As Ferguson, Missouri, erupted in August 2014, and media commentators across the ideological spectrum referred to the angry response of African Americans as “black rage,” historian Carol Anderson wrote a remarkable op-ed in The Washington Post suggesting that this was, instead, "white rage at work. With so much attention on the flames," she argued, "everyone had ignored the kindling."

5 Days: The Fiery Reckoning of an American City by Wes Moore

From Amazon: "From the New York Times bestselling author of The Other Wes Moore, a kaleidoscopic account of five days in the life of a city on the edge, told through eight characters on the front lines of the uprising that overtook Baltimore and riveted the world."

White Fragility: Why It's So Hard for White People to Talk About Racism by Robin DiAngelo


From Amazon: "In this “vital, necessary, and beautiful book” (Michael Eric Dyson), antiracist educator Robin DiAngelo deftly illuminates the phenomenon of white fragility and “allows us to understand racism as a practice not restricted to ‘bad people’ (Claudia Rankine). Referring to the defensive moves that white people make when challenged racially, white fragilit is characterized by emotions such as anger, fear, and guilt, and by behaviors including argumentation and silence. These behaviors, in turn, function to reinstate white racial equilibrium and prevent any meaningful cross-racial dialogue. In this in-depth exploration, DiAngelo examines how white fragility develops, how it protects racial inequality, and what we can do to engage more constructively.


Waking Up White by Debby Irving

From Amazon: “Waking Up White is the book Irving wishes someone had handed her decades ago. By sharing her sometimes cringe-worthy struggle to understand racism and racial tensions, she offers a fresh perspective on bias, stereotypes, manners, and tolerance. As Irving unpacks her own long-held beliefs about colorblindness, being a good person, and wanting to help people of color, she reveals how each of these well-intentioned mindsets actually perpetuated her ill-conceived ideas about race. She also explains why and how she's changed the way she talks about racism, works in racially mixed groups, and understands the antiracism movement as a whole. Exercises at the end of each chapter prompt readers to explore their own racialized ideas. Waking Up White's personal narrative is designed to work well as a rapid read, a book group book, or support reading for courses exploring racial and cultural issues”


How to Be an Antiracist by Ibram X. Kendi

From Amazon: “Antiracism is a transformative concept that reorients and reenergizes the conversation about racism—and, even more fundamentally, points us toward liberating new ways of thinking about ourselves and each other. At its core, racism is a powerful system that creates false hierarchies of human value; its warped logic extends beyond race, from the way we regard people of different ethnicities or skin colors to the way we treat people of different sexes, gender identities, and body types. Racism intersects with class and culture and geography and even changes the way we see and value ourselves. In How to Be an Antiracist, Kendi takes readers through a widening circle of antiracist ideas—from the most basic concepts to visionary possibilities—that will help readers see all forms of racism clearly, understand their poisonous consequences, and work to oppose them in our systems and in ourselves.”

From Amazon: “Take your first steps with Antiracist Baby! Or rather, follow Antiracist Baby's nine easy steps for building a more equitable world. With bold art and thoughtful yet playful text, Antiracist Baby introduces the youngest readers and the grown-ups in their lives to the concept and power of antiracism. Providing the language necessary to begin critical conversations at the earliest age, Antiracist Baby is the perfect gift for readers of all ages dedicated to forming a just society.”

Just Mercy: A Story of Justice and Redemption by Bryan Stevenson

From Amazon: “Stevenson's story is one of working to protect basic human rights for the most vulnerable people in American society--the poor, the wrongly convicted, and those whose lives have been marked by discrimination and marginalization. Through this adaptation, young people of today will find themselves called to action and compassion in the pursuit of justice. A portion of the proceeds of this book will go to charity to help in Stevenson's important work to benefit the voiceless and the vulnerable as they attempt to navigate the broken U.S. justice system.”

The film ‘Just Mercy’ is now available on many streaming services to watch at no cost.

Our choir continues to meet every Thursday evening during this time of #holydistancing. If you are interested in joining us, please email our Music Minister, Dr. Felix Eisenhauer, at [email protected] All are welcome.


The Friday Morning women's Bible Study is are going to read “Finding God Faithful, a Study of Joseph” by Kelly Minter. You are welcome to join them!
They will be meeting “virtually” using Zoom for the foreseeable future. Please invite a friend to join that might not have had time to do so before.
Lifeway is making the videos that go along with this study available at no cost through the middle of June. Each person will need to create a “Lifeway” account (email required and a password - click the link for more information) to access the videos.
This group will watch the videos on our own and discuss the readings and video in Friday Zoom sessions.
Lifeway is offering the ebook version of this study, or you can order the physical book either through Lifeway.com or Amazon. Lifeway cost is $13.99 plus shipping and tax. Amazon is $17.99 plus tax (and shipping if you don’t have Prime).


Please download and import the following iCalendar (.ics) files to your calendar system.


After over 125 years in Ventura, St. Paul’s continues to keep the faith by bringing glory to God and benefit to all people. We are a friendly and inviting community. This is a place to worship, celebrate, explore, question and grow. We celebrate our unity in Christ while honoring our differences, always putting the work of love before uniformity of opinion. All are welcome to find a spiritual home here. The fact that we have different opinions makes our discussions all the more interesting. We strive to love our neighbors as ourselves and respect the dignity of every person.

On Sundays you will find traditional worship anchored in an ancient faith, dynamic preaching connecting that faith with our lives today and a call to serve as the Light of Christ to a world in need.

All are welcome! Please join us afterwards for our Zoom virtual coffee hour!
Join us on Facebook Live through our Facebook page  (https://www.facebook.com/saintpaulsventura/ ) or via YouTube (https://www.youtube.com/channel/UCUxBGEfq4JhEPqjz07hbpVg) for our streaming Sunday Service.